The story of Olympique band begins back in their school years. Going under the name Sequence of Tenses they didn’t take long before stepping on stage in London. It was then and there that all began, having realized the long road ahead. The band’s subsequent album “Crystal Palace” is synonymous with the trip to London. Listening to Olympique you may get the impression they sound a lot like Editors or Interpol, something that genuinely baffles Fabian. He still thinks that his deep voice embroidered the album in a unique way.

Right from the start, prior to publishing their first track record, Olympique was inclined to the big, epic sound often referred to as “sacred”. Their perseverance paid dividends in a magnificent way. Gentle entrances build up slowly to hard drums and heavy guitar. The lyrics are generally dripped in dramatic feelings. And then in the end virtuous guitar solos incarnating a tear fighting its way down the cheek.

A prime example of this artistic an outpouring is the single “The Reason I Came”, the first Olympique song to make its way to the FM4 chart. Fabian remembers it as if it was yesterday. “We had to work quickly, and the tension was so thick you could cut it with a knife”. Ten o’clock in the evening, at the cold and dark studio in Vienna, the guys gave everything they had left in the tank to make it in time. It’s almost as if the pain and hardships they went through making the song even more monumental. Scheichenost describes some of the tracks as melancholic but with a quite optimistic ending. Although depressing, their songs always carry a glimmer of hope at the end. Much of their soft pieces were recorded in the vastness of their Salzburg rehearsal room, albeit the band agrees unanimously every room sounds different. The ex-bass guitarist influenced started the “unrefined” trend in Olympique. Still to this date the Austrian band abides by the credo “the small flaws make things unique”.

Olympique band admits to being big fans of the analog, that is music done through improvisation. As funny as it may sound, they abstain from using a metronome. The band admits their rather purist approach allows the incorporation only of minor technical enhancements. Ideals that seldom bring profit in the extremely commercialized show industry of today.

According to Scheichenost, an ex-member of the band, the change of their artistic name came very naturally as the result of curiously coinciding events. It turns out that Fabian Woschnagg once flew with Olympic Air and he was really delighted with the lettering of the word. At relatively the same time Scheichenost was reading news report about Olympique Marseille. All three members at the time took to the name Olympique very naturally and apparently it stood the test of time up to this day. Check out the interview with the band.

Nothing Stays the Same – So True With Olympique’s Formation 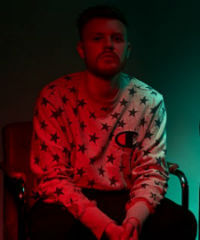 The music band Olympique has been in the same line-up from 2009 until 2015, having released their debut record named Arcadia two years ago. In the mid-2015 Olympique parted ways with Leo Schleichenost (bass and piano) and two new faces joined the group, that’s Vincenz Eder (Bass) and Mario Fartacek (Keyboard). As Fabian states: “The band is constantly evolving, our life is evolving too. I’m no longer the same and I don’t think the same as before, therefore my music flows out in a different way too”. He goes on to explain how all the travelling and interpersonal relations have change their view on music. In a sense, the duo, as of 2016, Olympique has managed to put down both good and bad to experience, only to see their style getting enriched as time goes by.

One band many performances and almost infinite twists and turns in style. Standing on this line of thought it’s hard to forget Olympique’s memorable appearance in the Burgtheater. Their first album hadn’t even come out yet, but the night was sold out. “The theater was packed, but yet it was so dark we couldn’t see a single face. It was like playing in a black hole” – the lead singer recalls. The crowd just took the musicians at face value only to be overwhelmed by their huge talent. “The mesmerizing effect our music has stays the same regardless of the place we’re in. Ever since we started, we had an eye for remarkable melodies” – they all seem to agree.

The chaps from Austria headed straight into the Amadeus Austrian Music Awards off the back of a crazy start of 2015. There, they almost hit the nail on the head being nominees in the Alternative Pop / Rock category. Which is apropos their preferred style. (continue…)

Get Ready to ROCK!